Take any roomful of people and likely two-thirds of them have relatives who aren’t talking to each other. Families are messy. Hurts abound. Some people wait until a serious diagnosis to reconcile. They often regret the years of separation they can never retrieve. Others try forgiveness earlier in the process. There’s no right or wrong. Simply who has the courage—and when—to either give or request forgiveness.

Giving forgiveness. Forgiveness does not mean you approve of what someone did. According to the Stanford Forgiveness Project, people forgive because they want to take control of their life story. Instead of seeing themselves as a victim laboring under significant hurts from the past, they decide to focus on what’s working in the present and the possibilities for the future.

Perhaps your parent was abusive. Or abandoned the family. Or was utterly self-involved. Whatever the cause, you experienced pain—emotional, and perhaps physical. The journey to forgiveness includes understanding (and accepting) that living involves pain. It’s what you do with your pain that makes you the person you are. Doubtless, your past has influenced your life intentions—for instance, deciding not to repeat the pattern. Embracing that goal, you can turn a negative experience into something more than grief.

You may come to accept that the person who inflicted the pain was likely in pain themselves at the time. Perhaps they were not as mature as they might have been. And maybe they even regret their actions now, years later. By extending empathy and forgiveness, you may find greater inner peace on your own journey. You have the opportunity to heal an old wound and maybe even create new and positive memories with someone significant from your past.

Asking for forgiveness. Perhaps it is you who did something unkind in the past and would like to reconcile. It takes courage to ask for forgiveness. The first step is to be honest about the relationship damage you caused. By all means be compassionate with yourself about your abilities at the time. But when talking to someone you hurt, just saying “I’m sorry” isn’t enough. Name and acknowledge your poor choices and actions that caused pain. Then ask for forgiveness. Expect to spend some time listening, humbly and attentively, as your relative shares their experience. At some point, you can ask, “How can we move forward together?” Your family member may or may not be willing. But at least you mended a part of yourself and your history and can move forward better on your own.

Are you ready to heal a relationship?
It’s never too late to initiate forgiveness. As the New York City experts in family caregiving, we at Alighieri Care Management are profoundly moved by the courage and grace we witness when a family member decides to prioritize their bond and find forgiveness in their heart. Would you like some help with this? Give us a call at 212.799.2575. 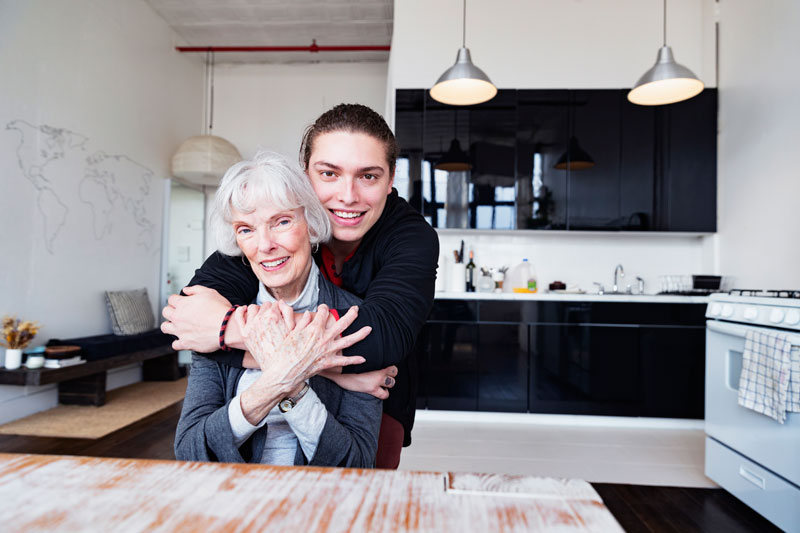 "I was the sole caregiver for may aunt who was bedridden, suffered from dementia and was a hoarder. I was overwhelmed. Alighieri Care Management cleaned her apartment, found compassionate live-in companions, and cut her in-home care expenses in half. They also got her a physical therapist, an art therapist, bought her games, movies and music to improve her quality of life. They've been a lifesaver, improving both my aunt's life as well as my own!"
niece of client