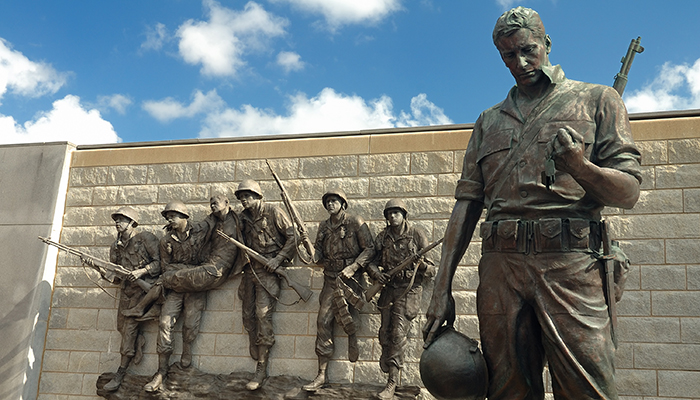 Close to 2 million American soldiers fought in the Korean War from 1950 to 1953. More than half of those who served in what is often called the “Forgotten War” are still alive. Most of these soldiers were born during the 1920s and 1930s. They are now in their 80s and 90s, with some cresting 100 years of age. Perhaps you have a family member who fought in that war.

More than 150,000 American soldiers were killed or wounded in the Korean War. Everyone who served in Korea was subject to extremely cold and wet conditions. The soldiers suffered from frostbite, trench foot, and hypothermia. Although these injuries occurred decades ago, they set up Korean War veterans for a particular array of health problems in old age:

If the Korean War vet in your life is experiencing any of these issues, contact the nearest VA Environmental Health Coordinator. Explain that your relative fought in the Korean War. The VA knows about these problems and can offer resources to help.

We at Alighieri Care Management salute the men and women in uniform who stepped up to serve when our nation called. As the New York City experts in family caregiving, we notice that veterans are often unaware of the resources available to them for their war-related problems. Let us help. Give us a call at 212.799.2575.

Categories: Family Caregiving
« Constructive criticism: When to speak up
“Should we bring Dad home?” »

"Alighieri was able to step in and help find the right care for my son, who was living with a variety of disabilities. They were able to get him into a job training program, found him an affordable place to live, and get him the help he needed to live independently."
mother of client